What Is The Production Technology For Geomembranes?

Home / Blog / What Is The Production Technology For Geomembranes?
Previous Next

What Is The Production Technology For Geomembranes?

Experts estimate that by 2065 international geomembranes usage may reach more than half of the earth’s surface. Geomembranes have shown excellent functionality in a variety of areas.

Let’s dive right in now, and you can click on the question that interest you,

1 Definition and classification of blown geomembranes

2 Definition and classification of extruded geomembranes 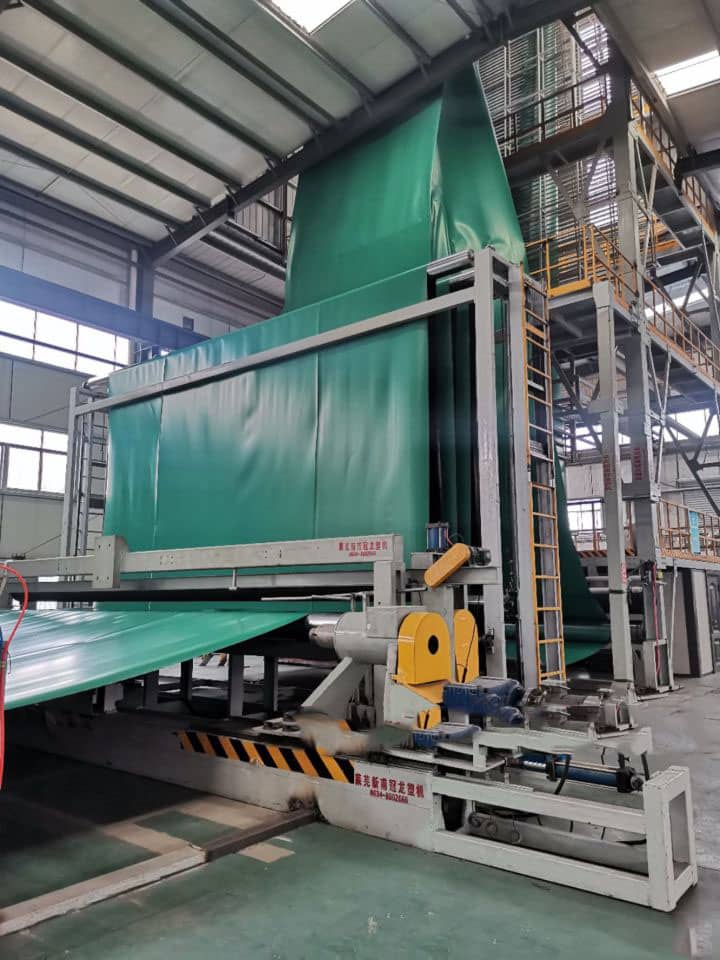 1 Definition and classification of blown geomembranes

Blow moulding, also known as “blow moulding”, is one of the methods of forming thermoplastics. It is a method of blowing hollow products by means of fluid pressure to make the hot blanks or sheets closed in the mould. The extrusion blow moulding method is a method of blow moulding in the front end of an extruder, where the extruded molten billet is blown into a tubular film using compressed air and then folded and rolled into a double layer of flat film (or tube film) after cooling.

(A) Classification by main raw materials

3) A brief history of the development of blown geomembrane manufacturing

The development of polymeric geomembranes has been accompanied by the development of engineering applications and the exact date of their application in engineering is difficult to verify. Around the late 1930s and early 1940s, PVC membranes were first used to impermeabilise swimming pools, and the US Bureau of Reclamation was the first to apply PVC membranes to channel impermeability in 1953. Polyethylene geomembranes were first used in Germany in 1960, leading to their use throughout Europe, and then to Africa, Australia and North America.

Compared with the world’s advanced countries, the application of geosynthetic materials in China was about ten years later. In the mid-1960s, China began to use plastic film for channel impermeability projects. Earlier projects include Henan People’s Victory Canal, Shaanxi People’s Yinwei Canal, Beijing Northeast Wang Irrigation District and several irrigation districts in Shanxi. Later, it was gradually extended to projects such as reservoirs, sluices and cisterns.

Compared with traditional waterproofing materials, geomembranes have the advantages of low permeability, good low temperature flexibility, strong adaptability to deformation, light weight, high strength, good overall connectivity and easy construction. Over the next 20 years, geomembranes will be the main demand area for water conservancy projects. With the advancement of technology, the field of application of geomembranes is expanding. In China, HDPE geomembranes have become the preferred impermeable material for large and medium-sized urban landfills and other large metal mine tailings ponds currently being designed and prepared for impermeable treatment, large oil reserves and high-speed railway construction.

(A) The current situation of blown geomembranes

①Manufacturing equipment: more than a single layer, multi-layer co-extruded plane film or spray brown method brown mask equipment. The ammonia-filled method of spraying brown blowing machine set due to the complexity of the process, damage detection indicators and other factors tend to eliminate the trend, was replaced by the spraying brown method. Manufacturing process is generally used on the blowing blow molding method, production equipment has basically realized the localization.

Since 2006, the production of geomembranes in China has been growing at an average annual rate of about 35%. With the rapid development of China’s economy, increasing infrastructure construction, building “China’s high-speed railway” business card and the implementation of the “One Belt, One Road” strategy, the demand for geomembranes is increasing and the market outlook is broad. The future development of geomembrane blowing method, manufacturing equipment to the development of wide and efficient intelligent manufacturing, low energy consumption, high output, automatic metering and feeding, online thickness measurement, automatic off-roll weighing and packaging, automatic yardage, data collection and storage cloud transmission; geomembrane products to the direction of quality and stability, production line process ability index, geomembrane thickness uniformity, mechanical indicators qualified and stable, durability indicators to improve; product development to The development of product development to the direction of functional, flame retardant geomembrane, conductive geomembrane, intelligent geomembrane, etc. to meet the requirements of high-end engineering design. 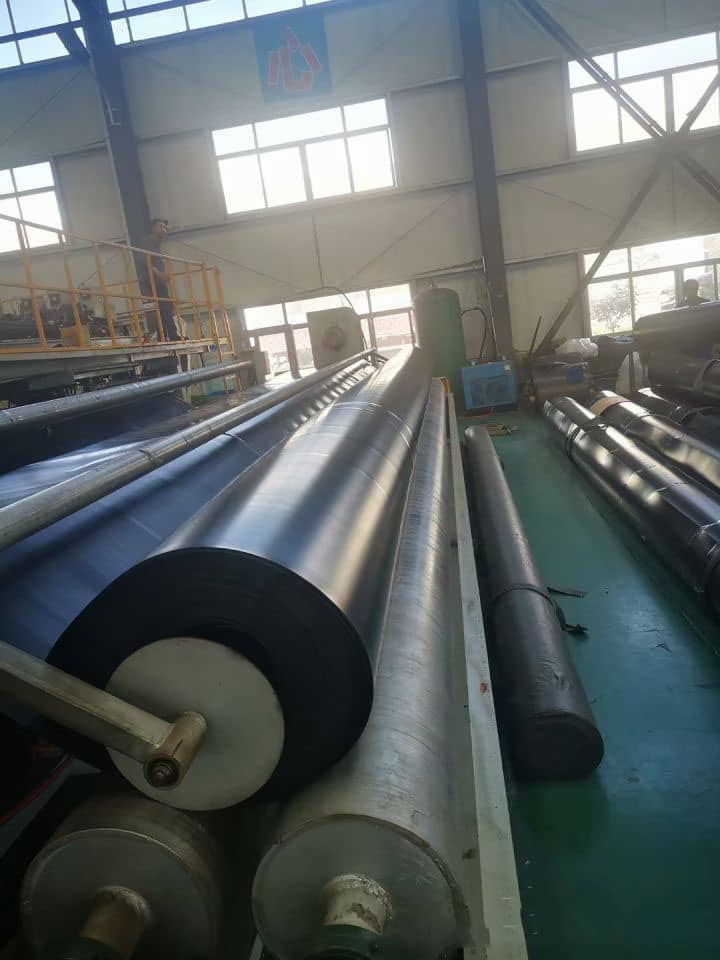 2 Definition and classification of extruded geomembranes

Extruded geomembranes, also known as flat film extrusion geomembranes, are molten resin plasticized by an extruder, extruded from the head slit die opening as a molten sheet, calendared and cooled by a roller, traction, trimming, and then rolled into a geomembrane. Most thermoplastics can be extruded to produce geomembranes.

According to the structure and apparent state of geomembrane classification: